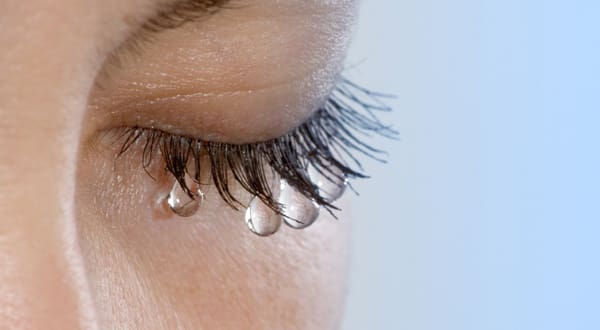 Hope for the Broken

As a teenager whose heart was beaten and bruised through the pain of my parent’s divorce, I didn’t think so. To say I was bitter would be an understatement. My response to our broken home was a promise to ensure I would never relive such rejection. I built a wall around my heart with a resolve to never give anyone the chance to hurt me again. What was hiding behind the hardness wasn’t strength however, but fear.

Divorce leaves victims. I identified myself with my pain. I was rejected, alone and afraid. I was starving to be loved, but terrified to be vulnerable. I ached for someone to care for me, but was stripped of the ability to trust. I despised the present, but feared the future.

I couldn’t understand why my cries to the Lord seemed to be unheard and I often questioned His love and faithfulness to me as His child. However, I will never forget a pivotal night in prayer. A thought came to me with such clarity and conviction that I’ve never doubted that its source was the Lord. I knew in that moment that God had heard every agonizing prayer that poured from my heart. In fact, He was crying with me. He was hiding me within His Redeeming Wounds. He assured me that He hadn’t just given my father the grace that I had asked for; rather He overwhelmed him with a superabundance of it. I felt as though the Lord was showing me that my dad was holding an umbrella over his head in order to avoid contact with the grace and the mercy of the Lord.

I learned two things through this revelation. The first was a realization that I couldn’t cease in prayer. If at any moment there was an opening of vulnerability and that umbrella came down for an instant, I wanted the mercy to be there to consume him. The other was that I needed to start looking for the areas in my own life where I was rejecting God’s gift of Divine Life within me.

These two lessons became integral in my search for my own vocation. There was another man that I was holding on to hope for. I became motivated to pray for my Husband-To-Be wherever he may be. I wanted to remain pure for him, both in my body and in my heart.  The scars my family left motivated me to adhere closely to God’s plans for purity and chastity. I knew that it was likely that my future spouse was facing many threats to his purity, as all young people do. Statistics show that couples who are sexually active outside of marriage have a frighteningly higher rate of divorce than those who abstain… I wasn’t interested in being a statistic. I needed the Lord to shower that same superabundance of grace and mercy on the one he was preparing for me.

A few years later, the Lord unexpectedly brought an amazing man into my life. I had previously given up on the male gender, but something about this man challenged my hatred of romance. I will admit I was uncomfortable when I began to see that maybe I was wrong about my tainted view of love and marriage. The Lord was slowly showing me that He was writing my love story. I didn’t have to fear if I followed His ways… but the path would not be easy to accept.

Several months into a sincere and authentic friendship, Mark and I found ourselves in an intense conversation about the future of our relationship. It was clear that we had strong feelings for one another, however as we began to discuss them, my wounds were ripped open and exposed. I was terrified. How could I possibly be vulnerable enough to allow someone the possibility of breaking my heart? I was cold and emotionally unavailable. The cliché line, “it isn’t you, it’s me” encompassed my message. His response was surprising but true. “It is me. You say that, but I am the one that you won’t trust, I am the one that you won’t let into your heart. You say that it is you, but you can’t stay isolated when someone cares as much about you as I do. It is about me.”

I later understood that this was the same message that the Lord was speaking to me. My hardened heart was breaking His heart of mercy. My rejection and fear of healing and freedom was causing Christ great pain. In an attempt to internalize the burden, I placed the load on my own shoulders. I had forgotten that the only way to redemption was to watch that brokenness be lifted and placed on the one who could take it to Calvary. In that same moment, the Lord, my First Love, was saying, “Katie, it is me. I am the one that you won’t trust. I am the one that you won’t let into your heart. You say that it is you, but you can’t stay isolated when someone cares as much about you as I do. It is about me.”

However you are suffering, the Lord wants to meet you in your cavalry and resurrect your broken heart. To the child from a divorced family, remember, you are not your parents. You have the power to break the chain of dysfunction and reclaim the next generation. That power is Christ. Allow Him to cry with you, walk with you and teach you how to love. Katie Hartfiel is an author and speaker dedicated to sharing the intense love of God. She graduated Franciscan University of Steubenville, where she received a degree in Theology. She served as a youth minister for seven years in Houston, where she now resides with her husband, Mark, and two daughters. In 2012, Katie released her first book, Woman in Love (available atwomaninlove.org). This work coaches young women as they strive for purity through praying for and journaling to their future spouse. She has been blessed to watch hearts come alive with the realization that our faithful God hungers to exceed our deepest desires.