About a week ago, I watched with an open mouth, a dropped jaw, and a cocked eyebrow as Jennifer Lopez took the Super Bowl stage at halftime to perform—and perform, she did. Dressed in the kind of costume that leaves little to the imagination, coupled with the combination of suggestive poles and “dance moves” that anyone should definitely not have watched, Lopez’s performance was, in fact, a thinly-veiled strip show.

Let me just confirm that I am not in the habit of calling other women sluts or whores. This kind of language is hateful, sexist, and offensive to the entire female gender. Even if the woman in question has loose (or nonexistent) morals, it is not productive or charitable to strip away her human dignity by name-calling. What is productive and charitable is pointing out to others that this is not the way a woman of grace conducts herself; to condemn certain “dance moves,” behaviors, and language as an attack on true femininity. The rest of our society needs to hear from the modest, dignified, every-day women of our time that we are not applauding a performance—watched by millions of people—that objectifies women.

According to an Elle article, Lopez apparently stated, “The message of standing up for yourself, being a woman—that’s what I want to pass on to little girls—everything about you—be proud of it. I’m very proud of the performance that night.”

Proud of what, though? The ability to flash yourself at every viewer in America? How is that an integral aspect of womanhood? What about this type of behavior is empowering or feminist? Haven’t women been fighting for hundreds of years to be respected, esteemed members of society who are lauded for what they can contribute intellectually and professionally, rather than sexually? And why are so many of the most famous women in America confining themselves to the very boxes in which men have traditionally put women, flaunting themselves like objects to be enjoyed rather than as equals to be consulted?

I was outraged and deeply disturbed by what I witnessed during halftime—because I believe that all women, everywhere, should be valued for more than the way they look, and their ability to be sexual. In fact, I wholeheartedly believe that sex is cultivated in artfully concealing, rather than in unabashedly revealing. This attitude is more or less the Church’s stance on sexuality, as well, and boils down to the groundbreaking notion that human beings are worth more than the sexual value to which we ascribe them.

I walked away from the TV during halftime in quiet disapproval, but I wanted to take a more vocal stance on what I witnessed that Sunday evening. To my fellow sisters in Christ: if you were also ashamed, mortified, and infuriated by what the Super Bowl has chosen to feature as “entertainment,” continue to embody the light and grace of true femininity—especially in the lives of the men you know. Now more than ever, our society is in desperate need of the attributes of authentic womanhood that only you can give. Continue to value and protect your innate worth, and let it shine for the world to see. Some of the greatest saints—not to mention, the greatest saint—in history have been women, and their power stemmed from their ability to say yes to all the things God created them to be. 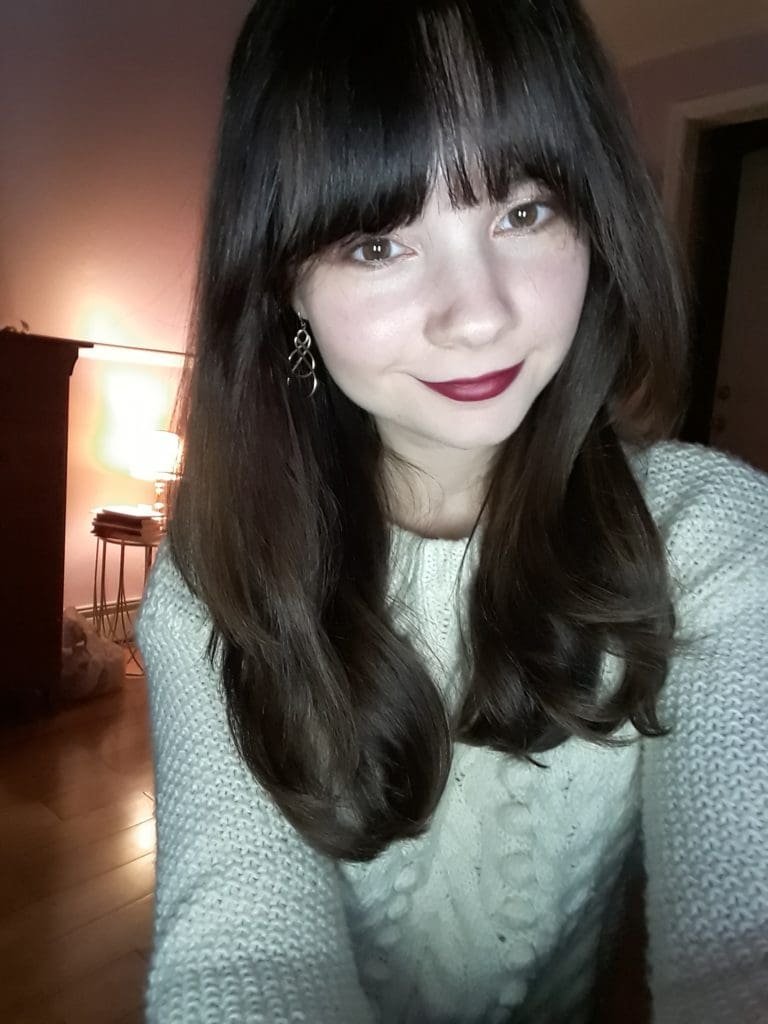 Lindsey Todd is a Master of Arts student at Dartmouth College, and is building her career as a novelist. In her free time, she enjoys traveling, singing, hiking, literature across genres, and exercising. She has a special devotion to the Blessed Sacrament, and a great affinity for St. Joan of Arc and St. Pope John Paul II. Lindsey is passionate about sharing the beauty of chastity with others, particularly as a Catholic writer. Her book about pure dating relationships, Freedom to Love, is available on Amazon and Kindle, and has been endorsed by Jason Evert and Pam Stenzel.

Lindsey currently resides in New Hampshire with her Shiba Inu pup, Mazie. You can learn more about her work at www.lindseytodd.net.