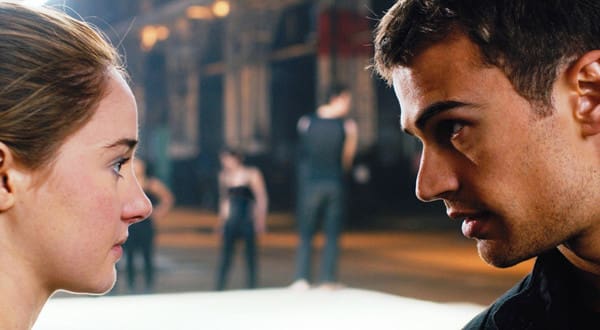 If you’ve ever read the “Divergent” trilogy (spoiler alert if not!!), you’ll know that Tris—the main character—is a feisty young woman, full of spirited determination. But the thing I admire most about her is that she never compromises on her courage whilst still displaying a softer, gentler side in allowing a man to love and protect her. Reflecting on life without Tris, that man explains:

“There are so many ways to be brave in this world. Sometimes bravery involves laying down your life for something bigger than yourself, or for someone else. Sometimes it involves giving up everything you have ever known, or everyone you have ever loved, for the sake of something greater. But sometimes it doesn’t. Sometimes it is nothing more than gritting your teeth through pain, and the work of every day, the slow walk toward a better life. That is the sort of bravery I must have now.”

This is the sort of bravery which we, too, must have if we are to obey Christ’s call to love. It takes great courage to die to self in order to bring life to another person—especially in the tiny, seemingly insignificant things. Those are the moments when we can choose humility or self-inflation, selflessness or grasping at desires, peaceful acceptance or passive aggression. Sometimes the discernment of when to fight and when to lay down our weapons—no matter how simple the situation (often the simpler the situation, the more tempted we are to fight!)—is what allows peace, joy and love to flourish.

Love hurts. It’s a timeless fact which has been written about, sung about and wept over throughout the ages—with good reason! True love cannot be separated from pain, because true love is wanting the best for the other person, and therefore not only hurting over the things that cause them pain but also being willing to sacrifice our own desires for their good. It’s no coincidence that the greatest sign of love ever known is also the most painful act of sacrifice imaginable, and that we’re called to live out the same kind of love: “This is my commandment, that you love one another as I have loved you. No one has greater love than this, to lay down one’s life for one’s friends.” John 15:12-13. In order to fully embrace a life of chastity for the sake of authentic love, we have to develop a clear picture of what that love is like. That way the sacrifices we may feel we have to make in the name of chastity will be done out of love, in love, and through the nature of love.

Being in a relationship is a vulnerable place by its nature. Choosing to be vulnerable requires great bravery: a bravery that is most often demonstrated through self-sacrifice. Sometimes that sacrifice is momentous—from risking rejection and laying down your pride to make the first declaration of love, or even refraining from doing so for the good of your brother or sister in Christ, to the money spent on family essentials instead of personal ambitions, to the time and heartache of holding your spouse’s hand as they undergo chemo. But just as often, if not more so, it’s in the little things that you do every single day for the one you love.

But what about those of us who aren’t in a relationship? It can be easy to assume that once we’re faced with sacrifices we’ll be able to make the right decisions, but we can’t expect to suddenly be “good” at making those sacrifices when the time comes if we’re not willing to prepare ourselves in advance. That could mean fasting in some way, or it could mean training your body in order to discipline your mind. After all, as a lifestyle “chastity includes an apprenticeship in self-mastery” (CCC 2339). I firmly believe in the power of the small sacrifices I make now in preparing myself—spiritually, mentally, emotionally and physically—for the total gift of self that is marriage.