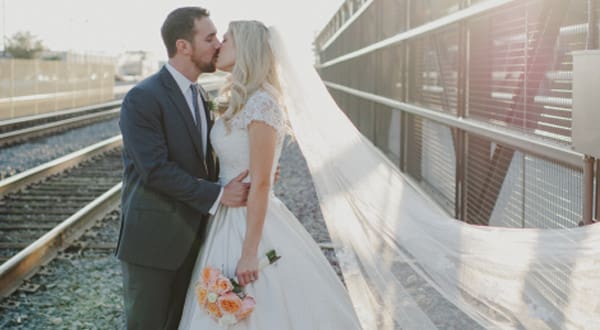 I didn’t lose my virginity when I got married

I’ve never punched someone in the face, but there are definitely times I wish I could ignore the virtue of self-control and let a fist fly.

A few months before my wedding, someone asked me (knowing that I was a 29-year old virgin by choice), “So, is your fiancé a virgin, too?” I replied, “Nope.” She responded, “Well at least someone knows what they’re doing.” I pretended not to care about this ridiculously ignorant statement and switched the subject quickly.

But, really? Really?! My brain was reeling with anger and annoyance, while my will did all it could to prevent Jackie Francois from turning into Jackie Chan.

That stupid response irked me on a few levels.

First, people have been having sex for thousands and thousands of years. It’s not like the mechanics of sex are difficult to master, even when it’s two virgins, God forbid! (note the sarcasm).

Thirdly, if my husband had been there to hear this ridiculously insensitive and crude “insight,” he would’ve been even more offended (and maybe tempted to throw a punch, as well). His loss of virginity was never something he boasted about. In fact, he shares his witness here and in the talks we give together about the regret and shame he felt after that moment of weakness and lust. While the culture says that sex is “no big deal” and that people are meant to be “test-driven” before marriage, there are a lot of good Catholic men and women who know sex to be holy and beautiful and worth giving to your spouse alone. Those particular men and women who had sex outside of marriage truly felt that their virginity was lost. One woman described it as a loss of innocence. Another described it as a loss of an idea of what it should’ve been to have sex for the first time when she said, “It wasn’t like the movies. My boyfriend didn’t even hold me afterwards.” Others have said, “I felt used.” Others have felt the loss of pride, because they were the ones who would’ve “never” committed the sin of fornication. Others have felt that their dignity was lost, because they gave themselves away just to hear the words, “I love you,” or “You’re beautiful.” Virginity was never meant to be “lost.” Sex was never meant to be a mistake or a flippant act.

While the world around us in TV, movies and music makes virginity look ridiculous, I knew in my heart I never wanted to “lose” my virginity to some boyfriend in a nasty college dorm room or in his parents’ house or in his apartment just to have some practice for my future husband. I wasn’t taught the Puritanistic view that “sex is bad.” In fact, I learned the Catholic view that sex is good, beautiful, and holy. Sex is the consummation of the wedding vows, and your body is making a promise of those vows (even if you do not). The vows you make with your heart and voice on your wedding day—to love freely, totally, faithfully, and fruitfully—are then expressed with your bodies later on that night. Sex makes the vows incarnate. So technically, you’re not married if you haven’t consummated your sacramental marriage, because the vows have not yet been fulfilled bodily.

That’s why on my wedding night I didn’t “lose” my virginity. I freely chose to give myself—body, mind, heart, and soul—to my husband who promised to love me ‘til death do us part. I definitely didn’t feel shame or loss. I didn’t feel dirty or bad. I felt beautiful and holy and child-like. And my husband? You can bet that he felt the same. Even if virginity has been “lost” at some point in the past, it is still possible with Reconciliation and God’s grace to be able to, for the first time, give oneself freely, totally, faithfully, and fruitfully. And trust me: when sex includes all of those things, that’s when someone really knows what they’re doing. Jackie is a full-time traveling speaker, singer/songwriter, and worship leader from Orange County, CA. In 2006, she became an artist with OCP/SpiritandSong.com with whom she has released two albums. She has been involved in youth ministry since she graduated high school, and she now travels the globe speaking to young people about God’s love and leading worship for various events and ministries